Born in Brisk, Russia. In his youth, he was a member of the Hashomer Hatzair movement, and at the age of 16 joined the Betar movement, and eventually became one of its leaders. Qualified in law in 1935. At the 1938 World Betar Conference, he went out against his mentor, Ze'ev Jabotinsky, in a demand for radicalization of movement policies, which would bring "homeland conquest" with the use of force.

On the eve of World War II, he served as Betar Commissioner in Poland, and later moved to Vilnius and set up a receptive framework for Betar refugees. He was arrested by the Soviet authorities in September 1940 and charged with espionage. When the Germans invaded Russia he was released from prison, enlisted in the Polish army under General Anders, and in May 1942 arrived with him in Israel. He was appointed commander of the Etzel at the end of 1943. In February 1944, he composed the "Declaration of the Rebellion" - a statement against the rule of the British Mandate - and soon after, went underground. In August 1948, he and other former members of the Etzel headquarters established the Herut Movement.

Begin, who was the party's leader, was elected to the Knesset in 1949. Ten years later, he formed Gahal - a combination of the Herut movement and the Liberal party. On the eve of the outbreak of the Six Day War, Begin was appointed a minister in the Levi Eshkol government. In 1970, he left the government, and in 1973, he established the Likud party - a coalition of several movements. Throughout these years, Begin was known as a brilliant polemic, confronting his political rivals - the most notable of which was David Ben-Gurion, who refused to acknowledge the legitimacy of his movement, which advocated for the Greater Israel, on both banks of the Jordan River.

In 1977, following the political upheaval in the election results, he formed a government headed by him. Begin hosted Egyptian President Anwar Sadat in Jerusalem, in November 1977, and signed a peace treaty based on a complete Israeli withdrawal from the Sinai, and the preparation for an autonomy of the "Arabs of Israel" in Judea, Samaria and the Gaza Strip. Begin and Sadat received the Nobel Peace Prize, on December 10th, 1978.

During Begin’s second term, Operation Galilee Peace was declared. According to Begin's son, Ze'ev Binyamin, Defense Minister Ariel Sharon did not give Begin an accurate account of the war's initial moves. Begin resigned as prime minister on September 19, 1983. The main reasons for his resignation were the results of the Lebanon war and the severe public criticism of its conduct. Until his death, in August 1992, he kept to himself, and was rarely seen in public. 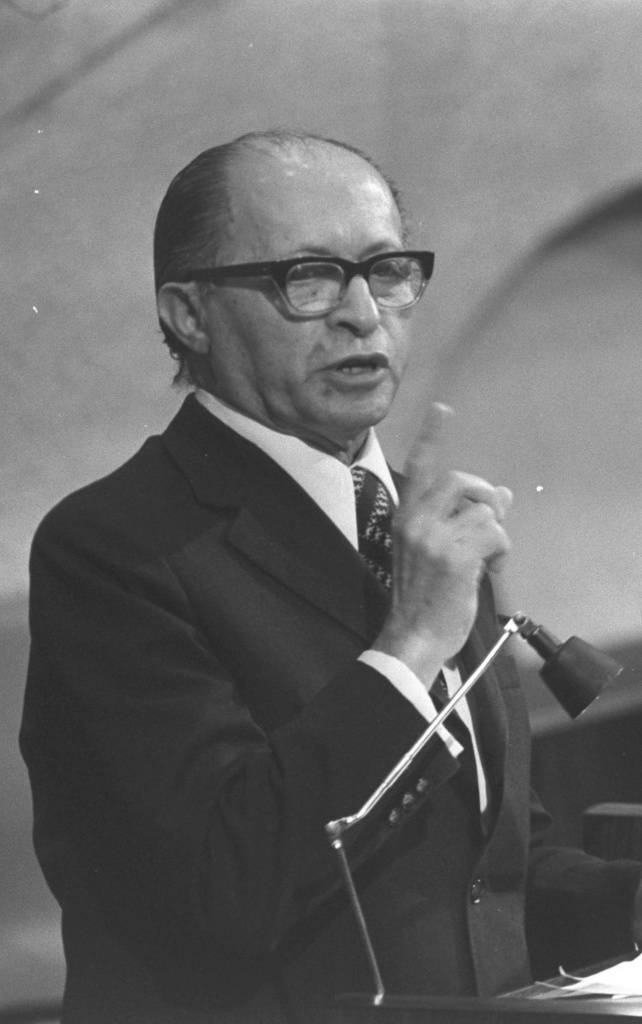