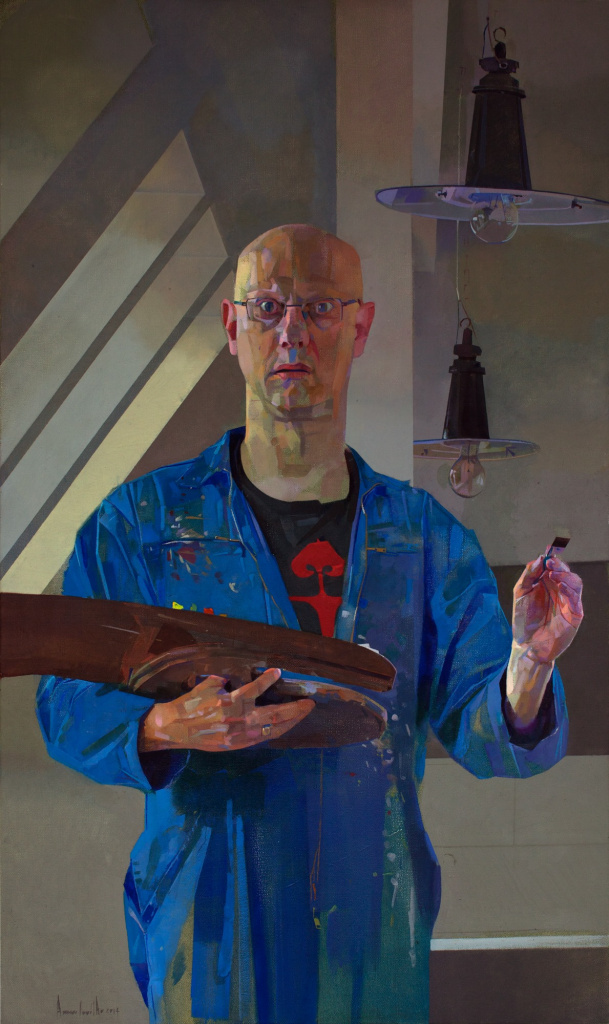 Amnon David Ar, Is an Israeli painter, who lives and works in Berlin. Born in 1973, He began his artistic training by studying anatomy for painting and drawing with the painter Oswald Adler. He later enrolled in the art department at Bezalel and studied under the guidance of the painter Avraham Bikov.

During his studies, he worked as a freelance illustrator and cartoonist for book publishers, magazines and advertising agencies. During the years 1996-2001, he was employed as a house illustrator in the Yedioth Communication network and in 2002 he served as chief cartoonist for the Maariv newspaper.

Ar presented his work in many exhibitions in Israel and abroad, including the Tel Aviv Museum of Art, the Yanko Dada Museum in Ein Hod, and the Museum of Israeli Art in Ramat Gan. Amnon David Ar is the winner of the prestigious Schiff Prize for Figurative-Realistic Art for 2008.